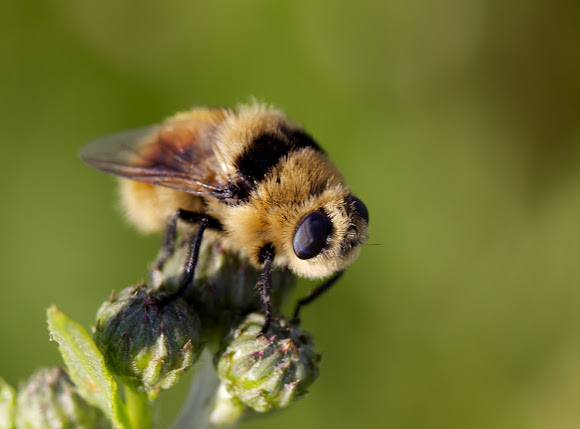 C. ulrichii are common parasites of moose in northeastern parts of Scandinavia, but have recently expanded their range into southern Sweden. They have also been reported in Denmark, northeast Norway, and the Baltic states. Although once thought to be very species specific to Alces alces (Moose), they have recently been found in roe deer (Capreolus capreolus) near Helsinki. And I guess my spotting would be another case which proves that they parasite also on roe deer in Denmark since the spot I found it is a place always with a few of roe deers.

In Scandinavia, the only species present are ‘‘C. trompe’‘ and ‘‘C. ulrichii in this case C. trompe would fit better the habitat it's found since in Denmark we have no Moose and the place found we have only roe deer.

Thanks, I did remvoe it just for you :). I see it for the first time as well but now I know next time I see it I will be running away instead falling in love with it :)

Great spotting! And interesting facts!! Perhaps you should remove the [1] in the text thugh :) I have never seen this one before.

Great picture by the way!

This looks like a Deer Bot Fly, Cephenemyia sp., Family Oestridae. It may look like a cutie but they are awful parasites of Cervids. They eject live larvae into the nostrils of deer where they migrate to the back of the tongue and mature into large fat grubs. They are eventually coughed or sneezed out and pupate in the soil. The adults emerge only to mate and reinvest other deer. They look like cute bumble bees but lack mouthparts. The shape of the head is typical of bot flies.