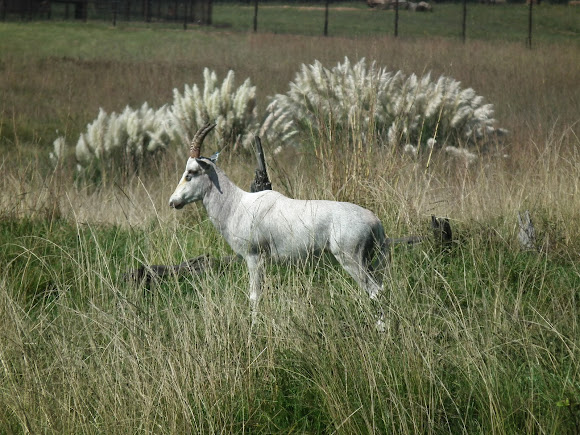 A large antelope normally with dark red-brown along it's flanks and legs and lighter red-brown along the spine. Always present is the white blaze on it's face (in afrikaans "bles" = "blaze" in english). This one was an albino, with no pigmentation whatsoever.

Just for interest's sake: the only way of telling a Blesbok from a Bontebok (as far as I can tell) is the fact that the Blesbok's blaze is divided into two parts, and the Bontebok's is whole (the difference is hard to see from a distance)

Such a rare spotting....and the background is beautiful too.