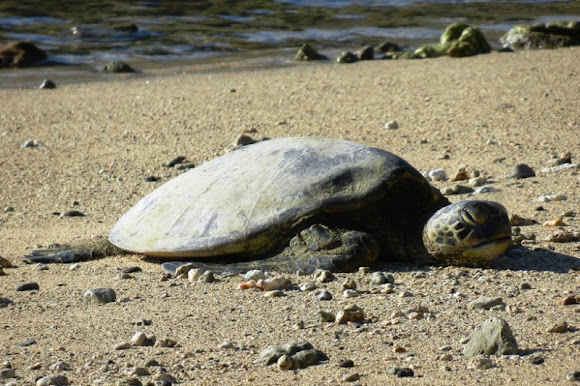 A small honu, or Green Sea Turtle, with a carapace of only about 18" diameter, basking on the shore early in the morning at Hanauma Bay Nature Preserve, Oahu, Hawaii.