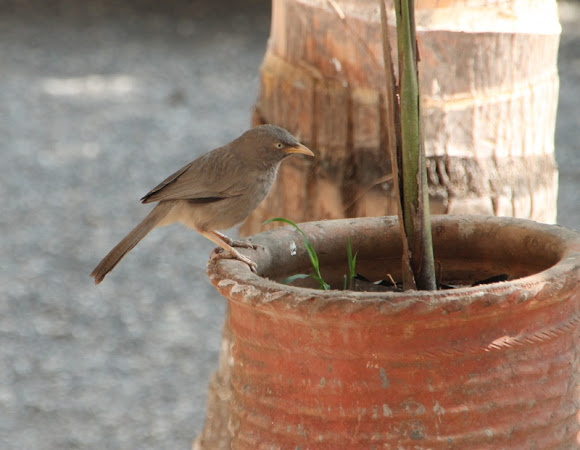 Light brownish grey in color. Distinctive black eye with white outer circle. Short, stout yellow beak. Short wings and a weak flight. Gregarious bird. Lives in flocks of seven to ten or more. It is a noisy bird, and the presence of a flock can be known at some distance by the harsh calls, continual chattering, squeaking and chirping produced by its members. They forage constantly. Feed mainly on insects, but eat other items too. I have seen them eating cheese pieces too.

A common resident breeding bird in most parts of the Indian Subcontinent. Often seen in gardens within large cities as well as in forested areas. I have spotted these in my backyard garden at Kolkata, West Bengal and also in Gir Forest, Gujarat both in India.