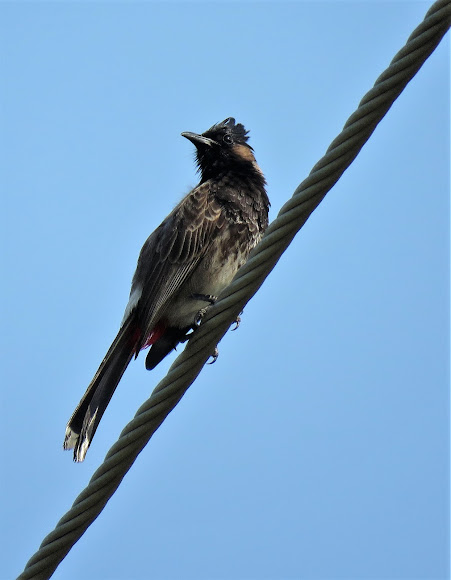 In urban setting of periphery of Cox's Bazar, an area between the beach and main street, with plenty of small agricultural fields (vegetables, rice/paddy), ponds and marshlands.

Considered as a dangerous invasive species - it is listed on "100 of the World's Worst Invasive Alien Species" list, maintained by IUCN (who at the same time acknowledges the limits of this kind of grading). However, this bulbul established itself easily in many Pacific islands, where is considered an important pest to fruits and ornamental crops. It is also an agent to dispersion of invasive alien plants.