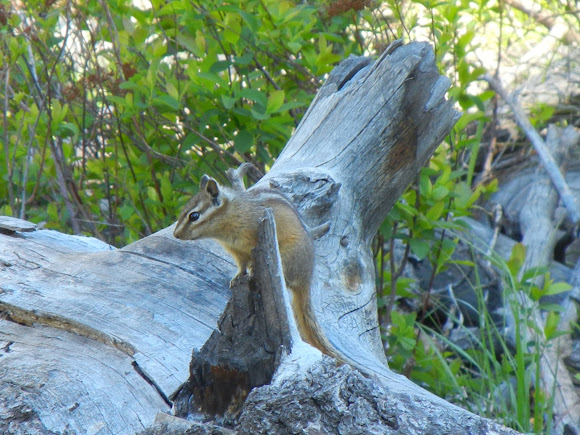 It is also the most widespread species of chipmunk in North America occurring across north-central and western United States and from British Columbia and southern Yukon to western Quebec in Canada. The species is found in a variety of habitats including mixed deciduous and coniferous forests, boreal forest, and sagebrush plains.