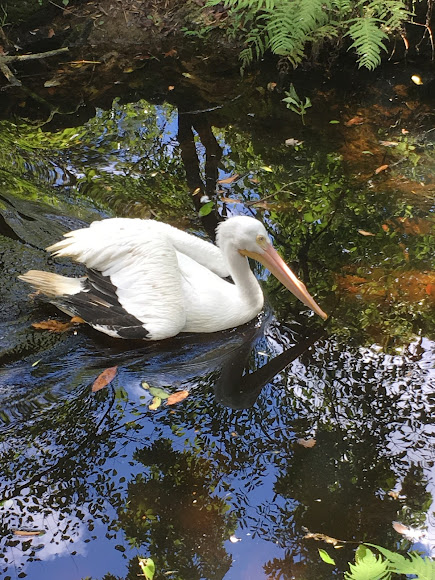 The American White Pelican occurs mainly in western and southern portions of North America, breeding inland in colonies on remote islands and wintering along warm southern coasts. The species is of particular interest because of its large body size, conspicuous white and black coloration, graceful flight, highly developed cooperative foraging, and the somewhat comic proportions of its large bill and pouch. White Pelicans are most commonly seen at foraging and adjacent loafing sites, where they are tolerant of human observers if not approached too closely. At breeding colonies, by contrast, they are shy and prone to desert or to leave eggs and young exposed to predators if approached.