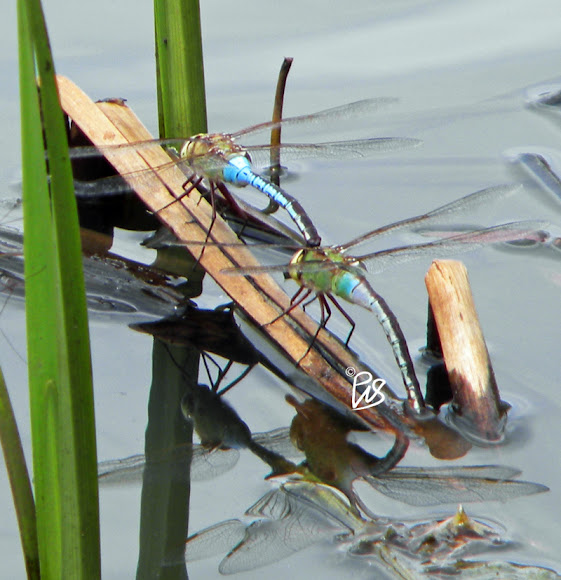 The Green Darner or Common Green Darner is named after its resemblance to a darning-needle. It is one of the most common and abundant species throughout North America. The Green Darner is one of the largest dragonflies existent: males grow to 76 mm (3.0 in) in length with a wingspan of up to 80 mm (3.1 in). Females oviposit in aquatic vegetation, eggs laid beneath the water surface. Nymphs (naiads) are aquatic carnivores, feeding on insects, tadpoles and small fish. Adult darners catch insects on the wing, including ant royalty, moths, mosquitoes and flies.