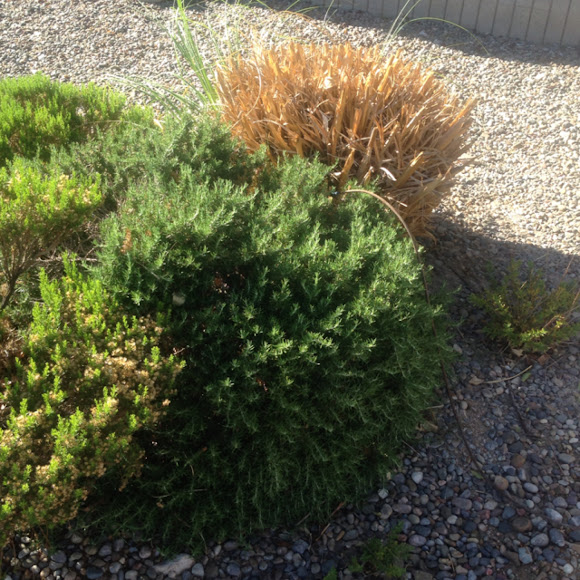 Rosemary is an aromatic evergreen shrub that has leaves similar to hemlock needles. The leaves are used as a flavoring in foods such as stuffings and roast lamb, pork, chicken and turkey. It is native to the Mediterranean and Asia, but is reasonably hardy in cool climates. It can withstand droughts, surviving a severe lack of water for lengthy periods. Forms range from upright to trailing; the upright forms can reach 1.5 m (5 ft) tall, rarely 2 m (6 ft 7 in). The leaves are evergreen, 2–4 cm (0.8–1.6 in) long and 2–5 mm broad, green above, and white below, with dense, short, woolly hair. The plant flowers in spring and summer in temperate climates, but the plants can be in constant bloom in warm climates; flowers are white, pink, purple or deep blue.

Part of the landscaping shrubbery outside Albuquerque's Golden Corral restaurant.