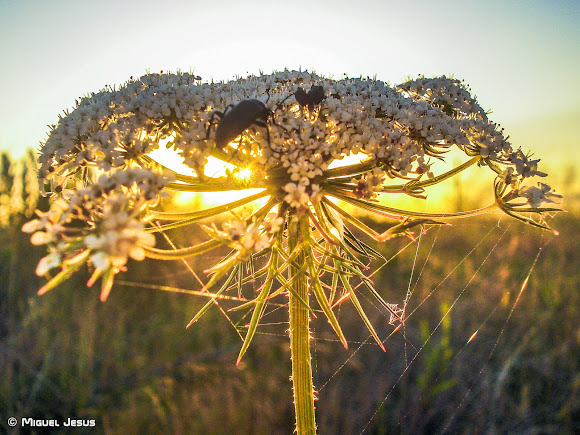 These Escaravelhos-de-pescoço-vermelho, portuguese for "red-necked-beetles" were found on different plants and flowers, right after sunrise, near the Lisbon Internacional Airport while I was doing some aviaton photography.

Spotted on a wild vegetation area in the middle of a large urban region.