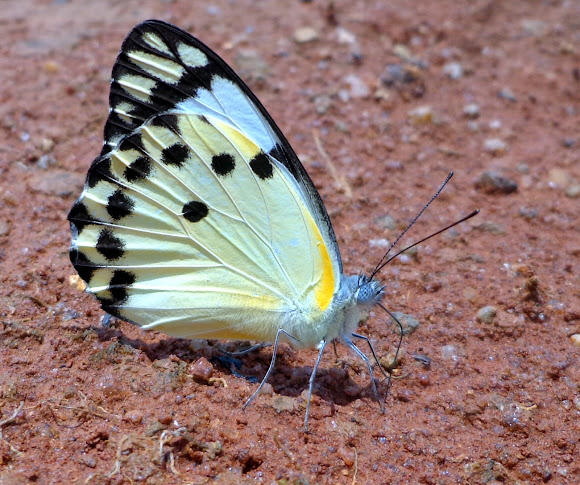 There appears to be a relationship between pierids and papilionids during puddling as many similar photos suggest. I could hardly imagine the possibility of featuring a fine flutterby as the Calypso White with a Citrus swallowtail. It was few minutes later that the pierid became a distraction after noticing the black and yellow papilionid feasting on the moist mud. It flew low, circling the papilionid and touching it several times, possibly in attempt to establish a level of familiarity. It first landed in the vicinity, then next to the papilionid, and then finally behind it (bumper to bumper) that pleasant afternoon after the early rain. As the papilionid (citrus swallowtail) is mostly toxic making it repellent to predators, the pierid may use a little protective cover for its own safety. Now, what could the peirid ever have to offer in return?