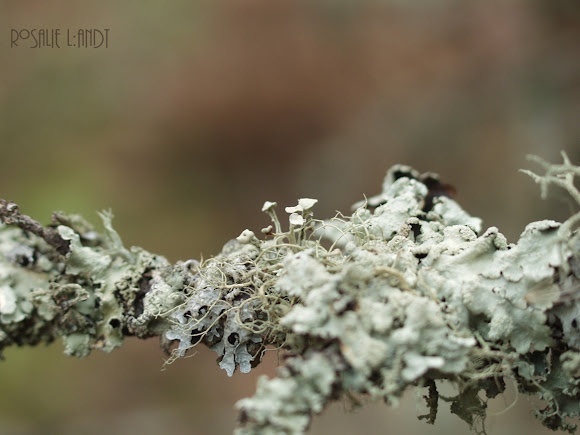 Usnea is the generic and scientific name for several species of lichen in the family Parmeliaceae, that generally grow hanging from tree branches, resembling grey or greenish hair. It is sometimes referred to commonly as Old Man's Beard, Beard Lichen, Tree's Dandruff, Woman's Long Hair, or Tree Moss. It should not be confused with Oak Moss (genus Evernia), which it physically resembles and is also called Tree Moss.[1] Usnea grows all over the world. Like other lichens it is a symbiosis of a fungus and an alga. The fungus belongs to the division Ascomycota, while the alga is a member of the division Chlorophyta.

Like other lichens, Usnea often grows on sick or dying trees due to the pre-existing loss of canopy leaves, allowing for greater photosynthesis by the lichen's algae; this leads some gardeners to mistakenly blame the lichen for the tree's leaf loss and illness.[8] Usnea is very sensitive to air pollution, especially sulfur dioxide.[9] Under bad conditions they may grow no larger than a few millimetres, if they survive at all. Where the air is unpolluted, they can grow to 10–20 cm long.

These photos were taken in Itasca State Park, just North of Park Rapids, MN. Most well known for the headwaters of the Mississippi River, Itasca has many areas of diverse wildlife. The area where I photographed these lichens was near a Tamarack bog with many dead trees.