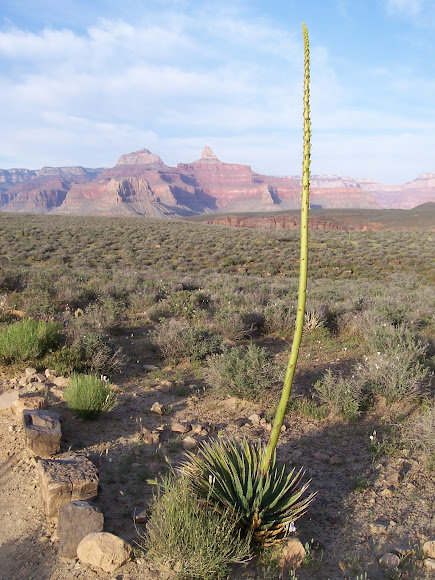 Varieties of the species include the Nevada agave and Kaibab agave. It is an uncommon plant of the United States' desert southwest. This is a rosette-shaped agave having blue-green sharp-spiked leaves. The raceme inflorescence is very tall, reaching a maximum of four meters. It is generally yellow or yellow-green with bulbous yellow flowers. The fruits are capsules 1 to 3 centimeters long and containing black seed. The plant was used for food and fiber by local Native American peoples such as the Havasupai. Among the Navajo, the plant is used to make blankets