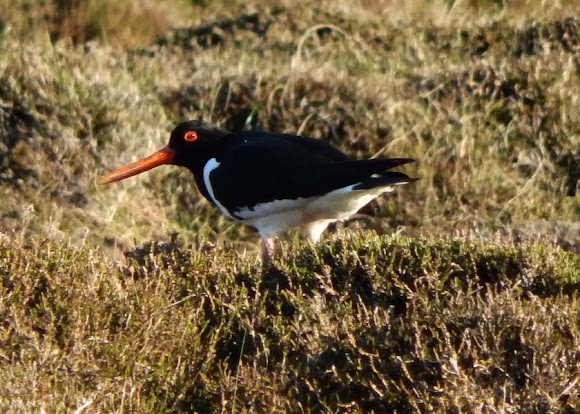 They are obvious and noisy plover-like birds, with black and white plumage, red legs and strong broad red bills used for smashing or prising open molluscs such as mussels or for finding earthworms.Despite its name, oysters do not form a large part of its diet.

This is a migratory species over most of its range. The European population breeds mainly in northern Europe, but in winter the birds can be found in north Africa and southern parts of Europe.

This spotting correspond to an adult trying to warn its chick (last picture) from our presence. The chick hid in the moorland while the adult yelled at us loudly and tried to distract us.