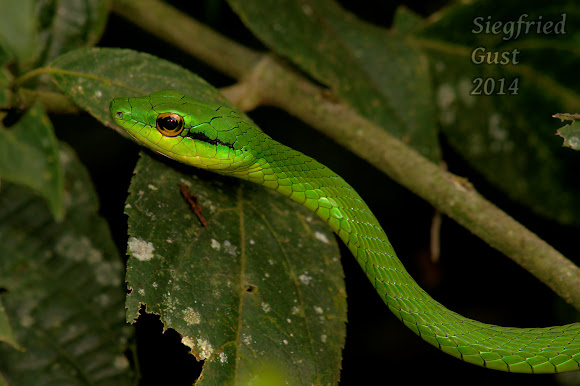 Found in the bushes at the edge of a forest

Look alike species: Satiny parrot snake - Leptophis depressirostris While trying to ID another snake, I came across an image of L depressirostris and an explination of how to differentiate between it and L ahaetulla. https://www.flickr.com/photos/danproud/8... "L. depressirostris and ahaetulla are very similar in appearance, only outwardly distinguishable by the presence of a loreal scale in depressirostris seen between the pre-ocular and post-nasal scales."

Yaniv and Sarit Wainer 5 years ago

Great photo! It would be great if you added the spotting to the "Reptiles of Costa Rica" mission:
http://www.projectnoah.org/missions/1589...