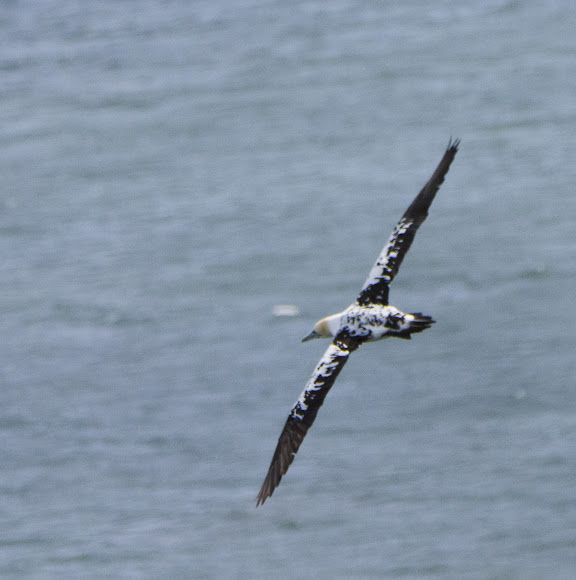 Gannets appear to be mottled up until they are about 5 years old when they get their pure white feathers with only the black on the wing tips. The gannet in photo 1 is a juvenile by itself and photos 2-5 show the juveniles mixed in with the rest of the colony and also the sheer numbers on the cliff faces.

seen at Bempton cliffs, near Bridlington on the East coast of Yorkshire. The site is owned and maintained by the RSPB and this is the biggest colony of Gannets in the UK.