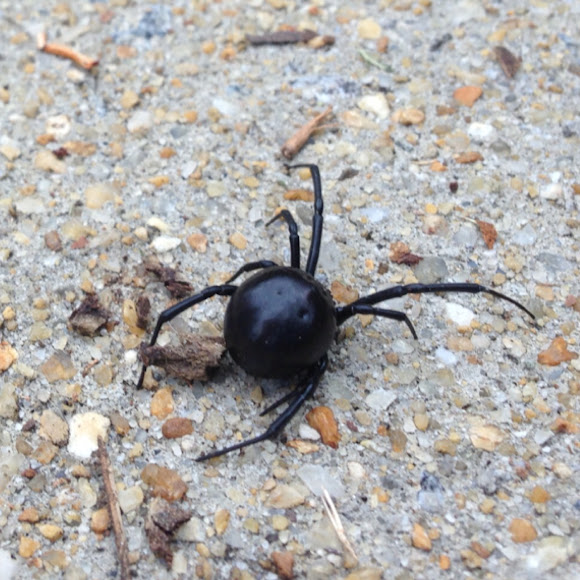 Found this large female Black Widow spider hanging out under an old tarp. She was accompanied by several bug carcasses.

Living under an old tarp that had been lying outside in the yard.

When she came out from under the tarp she began to run. I turned her over to look for the characteristic black widow markings and she played dead until I turned her back over.

Nice series! I am guessing you turned her over with a stick or something?