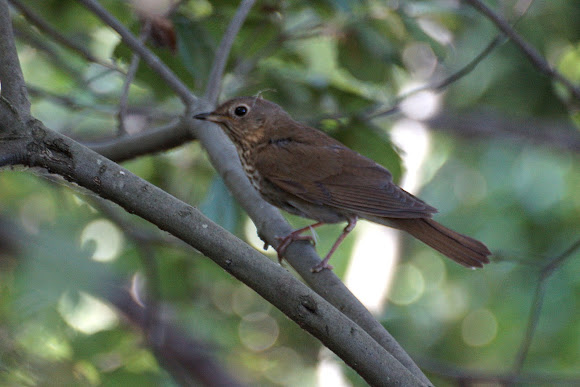 Very similar in appearance to the Hermit Thrush. Though some say it's about the timing. Hermit in winter and Swainson's in the summer. Well right now there is an overlap. So you mostly have to go by the color and song. The Hermit has reddish wing and tail. The wings will droop. The Swainson's lighter shade with no reddish on wings or tail and the wings are a little longer and will not droop. Plus the vocal on the Swainson's is unmistakeable. The acending-spiraling sound will grab your attention.

Usually found near wooded areas with water or in wooded gullies.

I spotted a few around the lake. The first one the bird was missing part of it's foot.