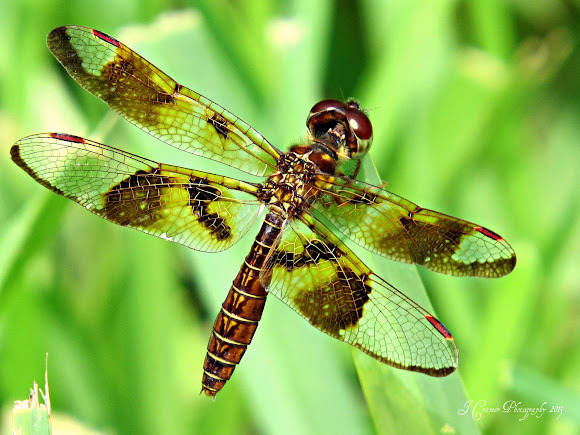 The Eastern Amberwing Dragonfly is 3/4 to 1 inch long with a wingspan of 1 and 3/4 inches. The dragonfly is mainly a yellowish brown color; it has a yellow face with a brown thorax and brownish yellow abdomen. Its wings, as said in the name, are amber colored. Female amberwings' wings are covered in brown spots, unlike the male, whose are entirely amber.

Various insects; insects that would be considered pests to us. Mayflies and mosquitoes, for example.