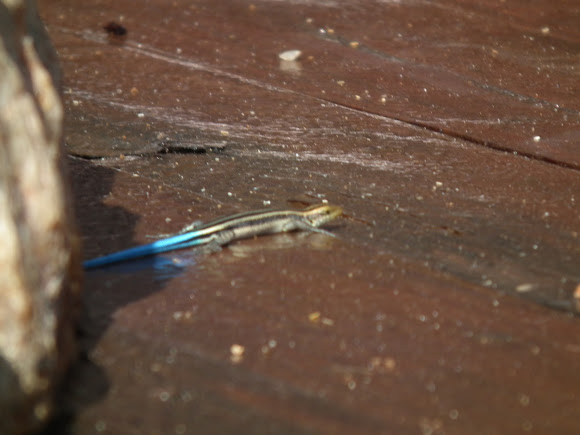 Small-ish lizard with a yellow-tinged body with four black stripes extending from the head to the base of the tail. It's tail is a bright almost-metallic blue.

Found on the deck of a lodge, when I got too close it went in under the stones surrounding the swimming pool.

Found sunning itself relatively early in the morning.

They are also known as five-lined Mabuyas though

Thanks AshleyT, the species suggestion was correct, it is a Rainbow Skink. Thanks

Nice try SofiXoto, but it might do you some good to look at location when making a suggestion. You're suggestion is not found anywhere near Africa.