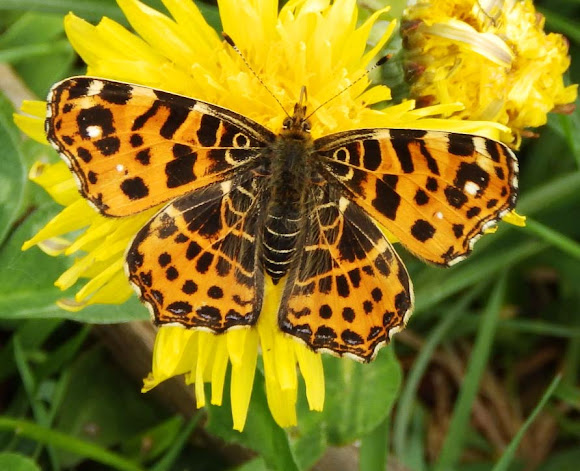 The Map is unusual in that its two annual broods that look very different: levana and prorsa, which represent the spring and summer broods, respectively. Levana individuals are primarily orange in colour, giving them the appearance of a small fritillary, whereas prorsa individuals look more like a very small White Admiral. The eggs are laid in long strings, one on top of the other, on the underside of stinging nettles, the larval foodplant. It is thought that these strings of eggs mimic the flowers of the nettles, thereby evading predators. The larvae feed gregariously and hibernate as pupae.

It is common throughout the lowlands of central and eastern Europe, and is expanding its range in western Europe.

Ideal first-brood spot of this one!!!

Thanks, Pieter (and the others). I keep thinking that I have to talk to Natuurpunt to see if, for example, they would like to make more missions about Belgian wildlife in Project Noah.

What a stunning butterfly Marta, congratulations on the SOTD!

Thank you for the SOTD (yesterday?). As always I find out a bit later :-)

Congratulations Marta :) Awesome spotting it is :)

Beautiful and congratulations on SOTD!

Congratulations, Marta. It is a great photo of a beautiful butterfly.

Congratulations Marta, this unusual butterfly has been chosen as spotting of the day!

The beautiful map butterfly is unusual in that its two annual broods look very different; the spring generation shown here is predominately orange, whereas summer brood is brown and white, resembling a white admiral.