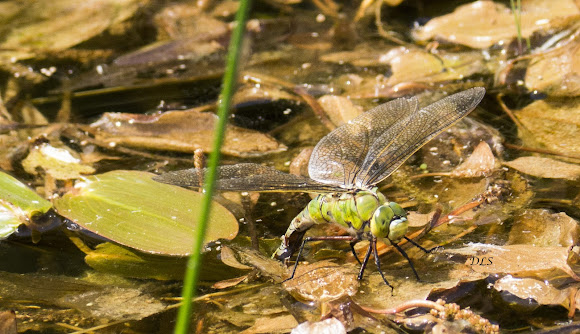 This is Britain's largest dragonfly at a whopping 78mm long! here the female is laying her eggs underneath the leaves in the pond. She laid eggs in several different places as there are as many predators in the water as on the surface. You can see the size comparison between her and the common blue damselflies in second and fourth photo. The male emperor was flying across the pond chasing off any other incoming dragonflies whilst she was laying.

seen on one of the ponds at Potteric Carr nature reserve, owned and maintained by the Yorkshire wildlife trust.

Haha no you can't compete with a beast of a dragonfly like this ;-)

Poor damselfly, you really can't compete with this monster!