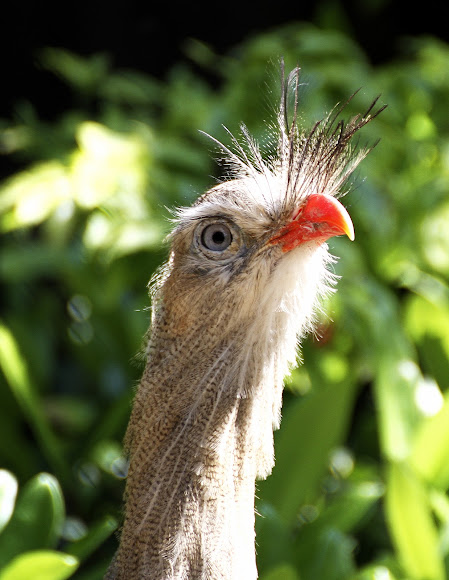 The Red-legged Seriema or Crested Cariama (Cariama cristata) is a mostly predatory terrestrial bird in the seriema family (Cariamidae), included in the "Gruiformes" in the old paraphyletic circumscription, but increasingly placed in a distinct order Cariamiformes (along with three extinct families). The Red-legged Seriema inhabits grasslands from Brazil south of the Amazon to Uruguay and northern Argentina. The area over which it occurs is estimated at 5.9 million km², though the bird is not found everywhere in this region of course. The species is absent from the Mata Atlântica and planalto uplands along the coast of Brazil.

Photographed in the Bird Park of Walsrode, Germany.

Thanks for your comments! Those are great birds, very cool looking and in this park absolutely not shy.. ;)