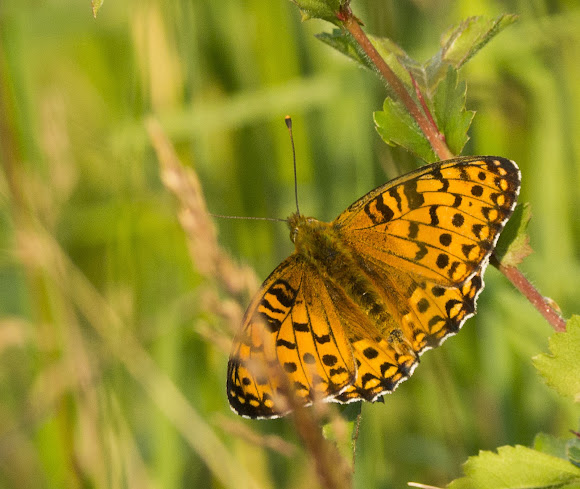 The common name of this beauty seems strange as in these pictures it is clearly not dark green but as there are 3 fritillaries that are very similar this one has been named after the dark green underside to its lower wings to distinguish it from the high brown and the silver washed species. It favours nectar from thistles and knapweed and is the most widespread fritillary in Britain although less comon in East England where this one was found.

found in Low common meadows, maltby. This land is owned and maintained by the Yorkshire wildlife trust.

The nominate subspecies was first defined in Linnaeus (1758). The British population is represented by this subspecies.

Thankyou very much Pedro, I have some more beauties to come too ;-)

Next time I find one I will make sure I get the patterned underside for you :-)

for me this one has the most beautiful underside of wings...

Thanks Jopy, this one was basking in the early evening sunshine and closed its wings for only a second so the underside shot wasn't in focus unfortunately which is a shame as it had lovely large silver spots on it.