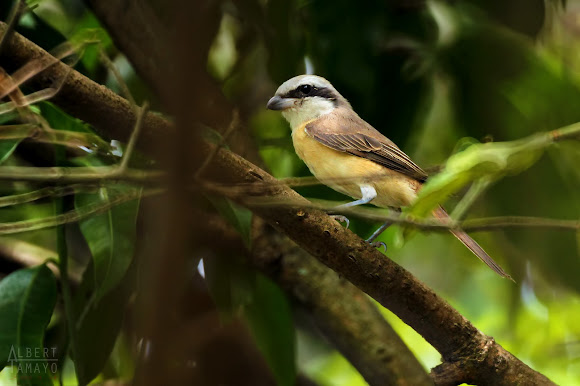 The Brown Shrike is a migratory species and ringing studies show that they have a high fidelity to their wintering sites, often returning to the same locations each winter. Subspecies lucionensis, sometimes known as the Philippine Shrike (local name : Tarat, Pakis-kis) breeds in Korea and eastern China wintering mainly in Taiwan, Philippines but also on the Andaman Islands and in peninsular India.

Like most other shrikes, it has a distinctive black "bandit-mask" through the eye. and is found mainly in open scrub habitats, where it perches on the tops of thorny bushes in search of prey. They feed mainly on insects, especially lepidoptera. Like other shrikes, they impale prey on thorns. Small birds and lizards are also sometimes preyed on.