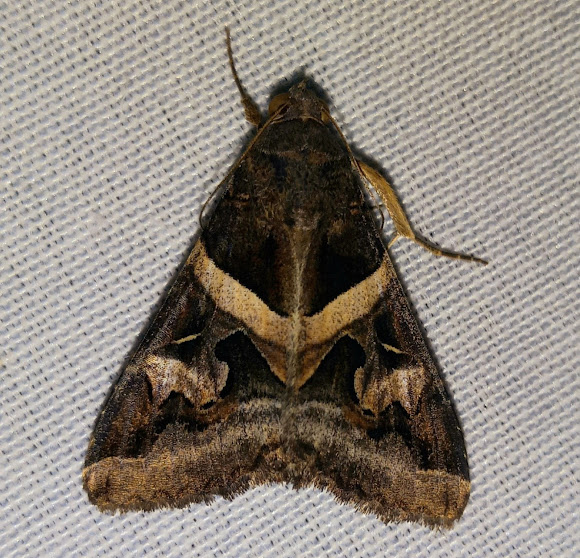 It is a medium sized moth in the family Erebidae. The moth has black and brown on the forewings decorated in two prominent creme colored stripes, as well as two circular spots and a lighter brown border. The spots on the forewing tend to loose the scales over time, making them transparent slightly. The hindwings are white at the middle and inner parts of the wing with the outer margins around the tornus being black with one white spot. The whole underside is also white with black borders, with the exception of the forewing which has a large white spot.

The host plant of this species are Mesquites, which are in the genus Prosopis. The range of this species is from the West Indies to Mexico and Brazil and from Maine to Florida to Minnesota to Texas and California. In Texas the have multiple generations, probably 2-3, with the exception of winter where they are absent, but overwintering for the next season usually around April.