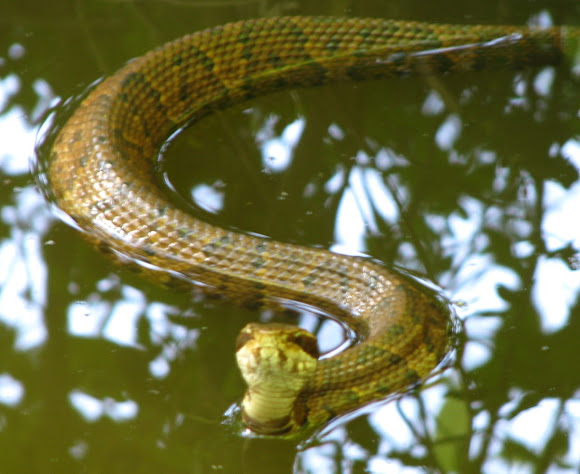 The dorsal and head markings, as well as the viper appearance help identify this species. I was in an area of eastern Alabama where intergrades occur, so I couldn't identify to subspecies.

Two were seen together. This one stood its ground as I approached to take the photo.