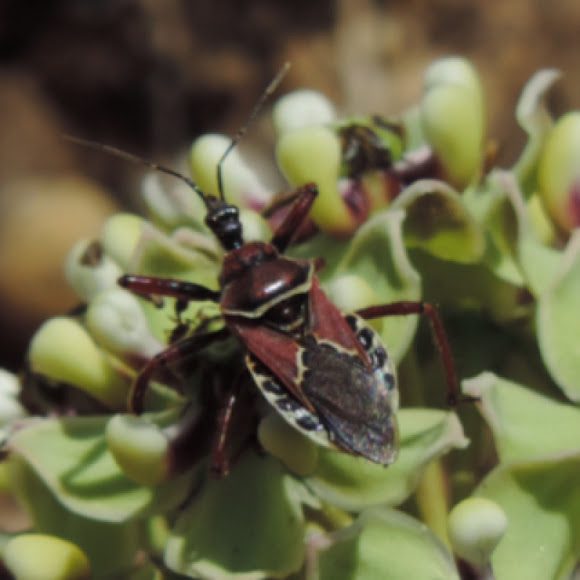 This attractively colored assassin bug makes its living by ambushing bees and other insects. The Bee Assassin Bug uses the flower’s unique, insect attracting power to its advantage. When an unsuspecting bee lands on a flower to collect nectar, the Bee Assassin Bug will attack. The assassin bug will use its piercing mouth parts to inject the bee with a potion designed to immobilize and liquefy the hapless insect.

This bee assassin was hanging out on a milkweed flower at the same time several other insects were visiting, but it didn't try to capture any of them while I was watching.