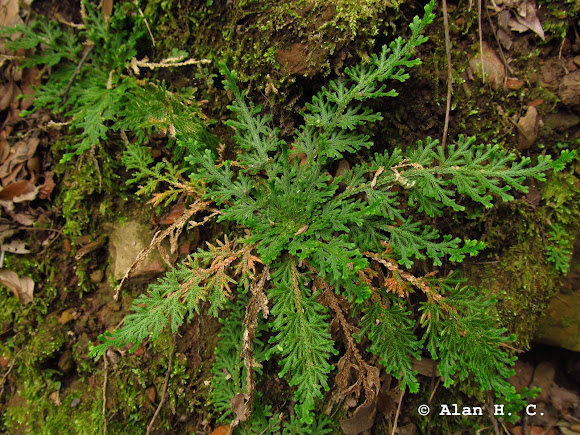 Selaginella species are creeping or ascendant plants with simple, scale-like leaves (microphylls) on branching stems from which roots also arise. The plants are heterosporous (megaspores and microspores), and have structures called ligules, scale-like outgrowths near the base of the upper surface of each microphyll and sporophyll. Under dry conditions, some species of Selaginella roll into brown balls (a phenomenon known as poikilohydry). In this state, they may be uprooted. Under moist conditions the brown balls become green, because of which these are also known as resurrection plants (as in Selaginella bryopteris). Unusually for the lycopods, each microphyll contains a branching vascular trace.