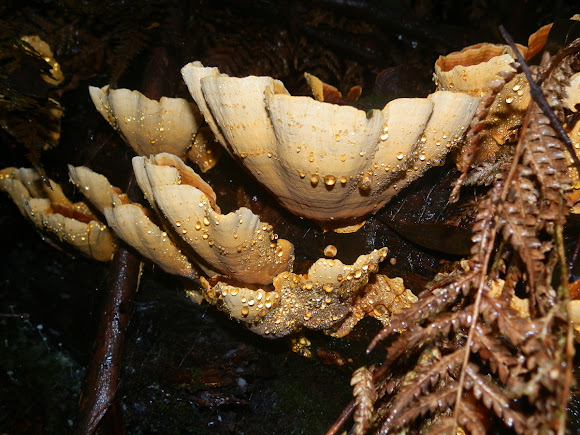 Also known as false turkey-tails these beautiful thin orange fans have been posted many times on PN but the underside on this one was so stunning with moisture droplets that I had to take a shot of it.
The underside was cream coloured, undulating and had no obvious pores. It was covered with rows of droplets of varying size.

Spotted growing on a fallen log - probably eucalyptus in a damp nature reserve.

I was unable to get a shot of the top as I kept sliping down the sodden clay bank.
During rapid periods of growth some species/types of fungi exude moisture.This process is called Guttation. In some mushrooms it is such a common feature that it becomes significant in their identification.
Guttation is also seen in plants.