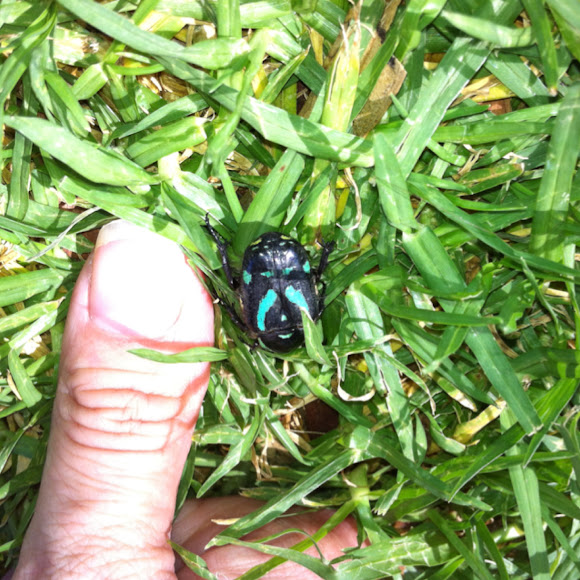 Was out with a friend and our babies for a catch up at Bonython Park Playground Adelaide South Australia, it is right next to to Torrens River and numerous tall gum trees around too, when this fantastically coloured beetle came flying into my friend pram and landed on her little son (much to her horror!) after I flicked it off her son we took some photos to see if we could find out just what type of beetle it is. Fiddler Beetles are common in heath and woodlands in south-eastern Australia.

Feeding and Diet: Adult beetles emerge from soil in early summer and feed on the nectar of flowers. Life Cycle: Female Fiddler Beetles lay their eggs in rotting logs or in the damp soil under logs. The grubs feed on rotting timber and build cocoons of soil and debris in which they pupate. Interest: Fiddler Beetles are named for the fiddle (violin) shaped patterns on their backs. Danger to Humans and First Aid: These attractive beetles are harmless to humans. Information came from this website: http://australianmuseum.net.au/Fiddler-B...

Thanks Daniele, I was really wanting to know what it was. It looks very interesting and I'ed never seen one before :-)

Nice that you got an ID Sarah!

Was able to get to the Adelaide Museum today and the ID was made there :-)

Your link has led me to think it it maybe a type of Fiddler Beetle, I won't add any details yet because I'm not 100% but I will be heading to the Adelaide Museum soon to try and narrow it further. But again thanks for the help Martin :-)

Thanks Martin, it is still very helpful :-)

This is not one that I know. It is certainly a cetonidae (Flower beetle) but with an uncommon pattern. http://www.brisbaneinsects.com/brisbane_...