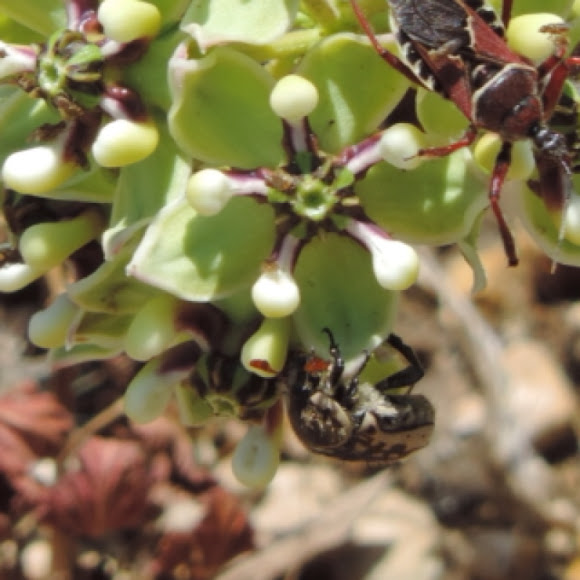 Flower-feeding scarab beetles on prickly pear flower. This beetle is thought to be a bee mimic. Not only does it fly with its elytra folded instead of spread as typical of beetles, but the markings on the rear end of the wing covers (elytra) resembles a bee's head. It occurs throughout much of southeastern US.

These beetles were sharing a milkweed flower with a bee assassin and a carpenter bee.