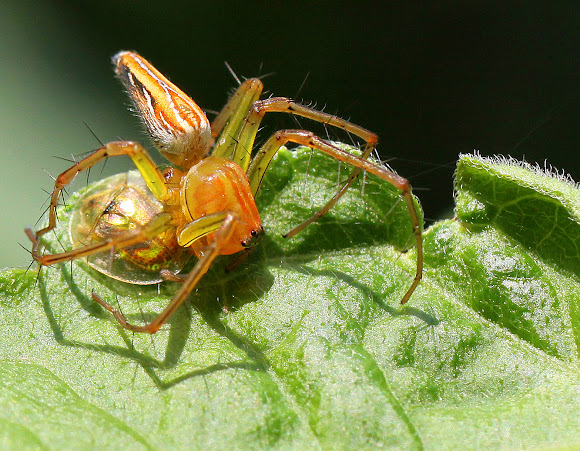 Since the day I joined PN, I've always been fascinated by beautiful bugs, and one of them is tortoise beetle. Asked many friends, local kids and elders if they'd seen one! While looking for some bugs in the nearby bush last Friday I spotted this Lynx spider, then at a few cm away from a tortoise beetle! And what happened then, I never could've imagined - the spider pounced on the beetle and tried to sting it, bite it and even tried to turn it over, but failed, and walked off! Photograph No. 1. The spider attacking the beetle; 2. Since it can't grab it due to the shell, the spider leaves it; and the beetle's seen unscathed; 3. Before the attack; even I din't know what was going to happen!

Thanks hernandezwolf, Nuwan, Atul and Jae for making it favourite.