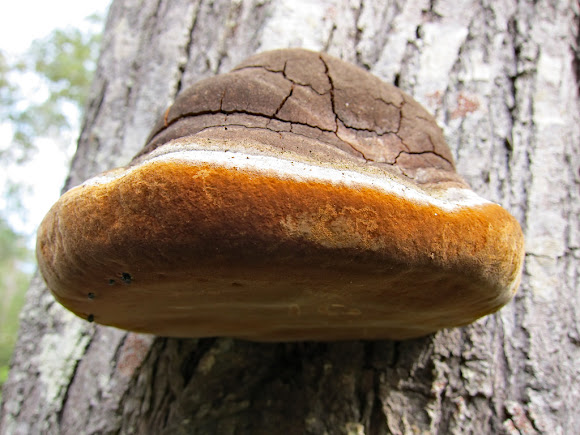 Found along the lake's edge of Enoggera Reservoir, on the Araucaria Track. Growing on a native Ironbark eucalypt (Grey Ironbark - Eucalyptus siderophloia most likely species).

This was by no means the largest one I saw that day, but it was certainly the most beautiful. I'll put my money on this one. Cheers Ernst.

Just a little pony, but it has high hopes. Thanks, kd.

Not quite a clydesdale...but an excellent specimen!