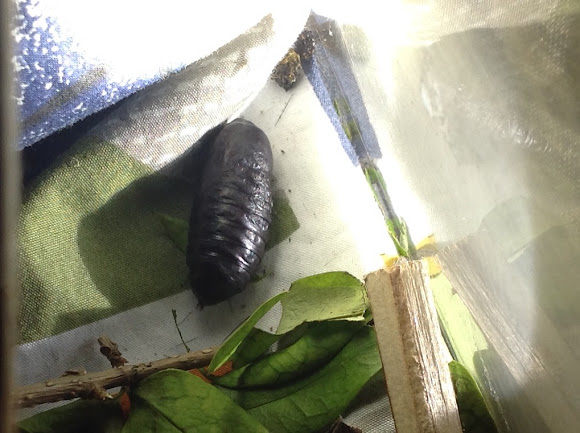 I am now trying to rear, three Giant Woollybear Caterpillars, and to watch them change, into three, beautiful moths, inside my new rearing chamber.

I am showing, two, close up photos, of this black pupa, without its clump of black setae, attached to one end. Now you can see the two spines, on the same end, as the black setae, used to be.