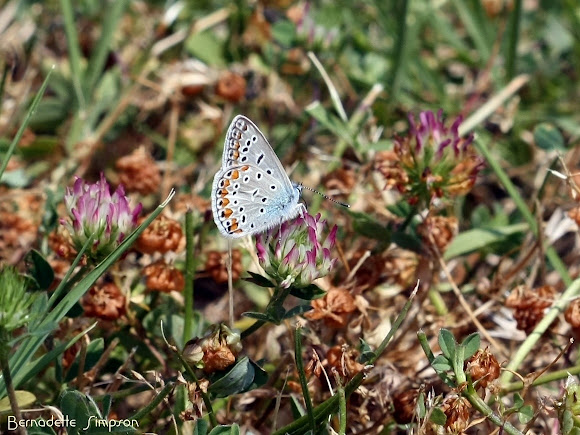 "Both sexes have a row of red spots along the edge of the hindwings and extending onto the forewings, though they are generally fainter there, particularly in the males, where they are sometimes missing altogether. There are about a dozen black-centered white spots on the hindwings, nine on the forewings." ~wiki

spotted several of these blues flying and feeding on flowers in a field next to a small olive grove; "The Common Blue is Britain's (and probably Europe's) most common and most widespread blue" ~wiki