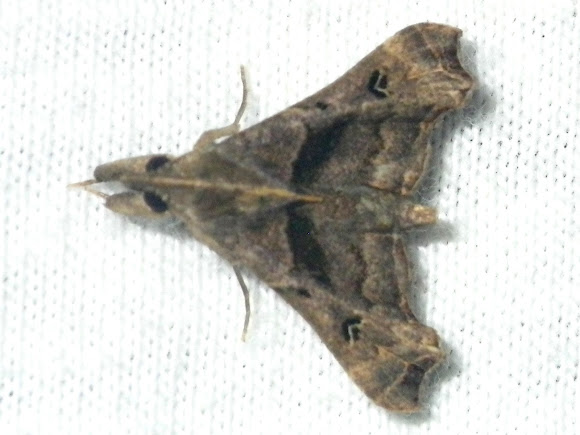 My photo details a line through each reniform spot, dark brown patches on the wingtip, dark obicular spots and a humpback appearance. See linking reference for detailed photos.

Found on white sheet illuminated by black light, riverside near the edge of the treeline