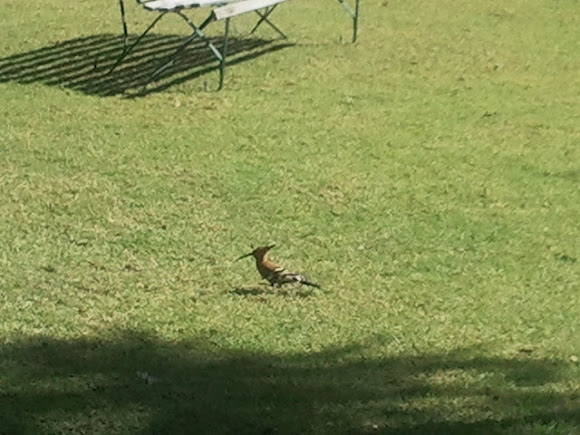 The hoopoe is 25-29cm long, with a 44-48cm wingspan. This black, white and pink bird is quite unmistakable, especially in its erratic flight, which is like that of a giant butterfly. The crest is erectile, but is mostly kept closed. It walks on the ground like a starling.

The African Hoopoe mainly lives in tall woodlands with short cut grass undergrowth, it has also adapted well to living with humans, and can be found in many urban areas such as DSG.

Spotted by a stud ent at Sci-Enza University of Pretoria