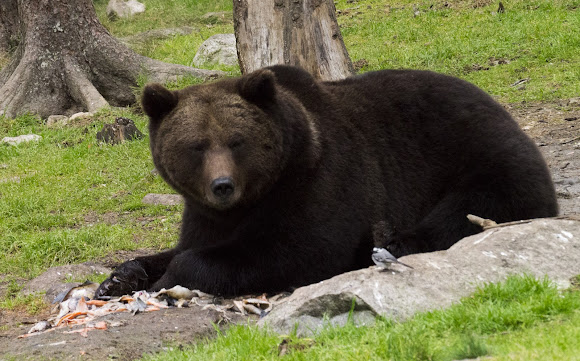 These photos made me chuckle as it looks like this massive Brown bear is having a chat with the little white wagtail sat at the side of him! This males fur was nearly black and the ranger said he was favourite amongst the females although he wasn't the top ranking bear! The white triangular patch on his shoulder was seen on several of the cubs in different families too.

seen at the Martinselkonen wilds centre from a bear hide in the middle of the Taiga forest near the border of Russia.

These photos were taken after midnight in the middle of the Boreal forest in the 24 hour daylight of the Arctic summer.

Thanks Cindy and Antonio

Great capture Debbie,beautiful,congrats and thanks for sharing