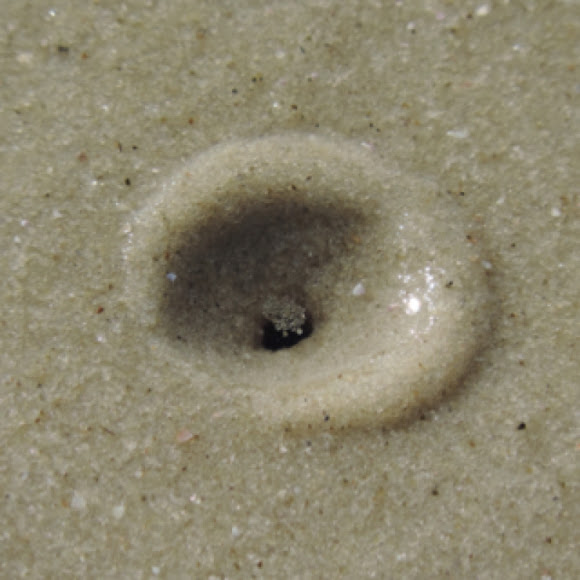 Holes like these were all over the beach. After a wave washed over them they would appear like a little spring as the water was pushed back out by the ghost shrimp living in the burrow. At low tide you can often see these little volcano-like holes in the sand.

Ghost shrimp are appropriately named because they are totally transparent. Despite their shrimp-like appearance, they are actually more closely related to crabs. Four distinct species of Ghost shrimp have been identified as inhabiting the waters of the Gulf of Mexico. Found at water’s edge, they burrow down in seafloor sediments, collecting bits of food. Though they are small, reaching up to three to four inches, Ghost shrimp can dig burrows that can be four feet deep. They are an important part of intertidal ecosystems, because they drive oxygen into the sand as they burrow, which helps organic matter to decompose, enriching the sediment, and ultimately providing food for more creatures.

I was in Padre Island National Seashore last week and had no idea what these holes were! Very informative and great pictures!