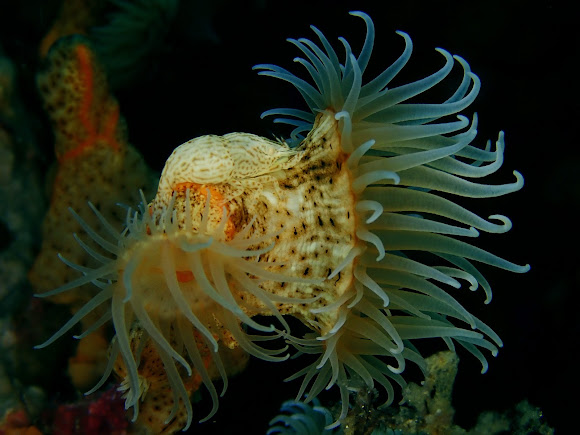 This Leopard Shrimp - Izucaris masudai is one of the larger ones and fat, most likely a female carrying eggs. They are mostly around 1 cm in size or smaller.

Leopard Shrimps are probably found exclusively on Colonial Sea Anemones. They are mostly white in colour with markings of brown/black which camouflages well with its Sea Anemone host.

Thanks, @Leuba for your kind words and appreciation :)

Absolutely beautiful shot of the habitat as well !