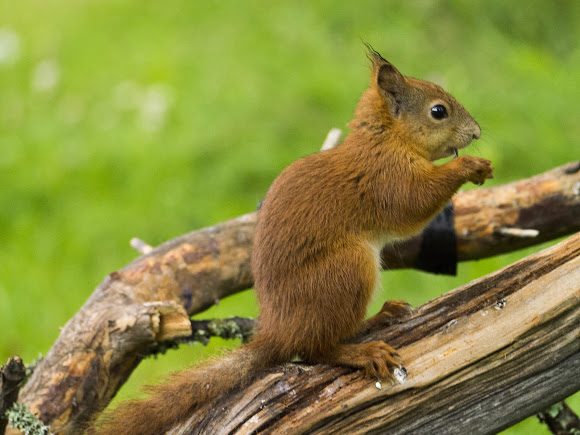 The red squirrel is an arboreal, omnivorous rodent, its slightly smaller than the Grey squirrel and is not sexually dimorphic. A lighter, redder overall coat colour, along with the ear-tufts and smaller size, distinguish the Eurasian red squirrel from the American eastern grey squirrel.

seen in the Taiga forest of Eastern Finland near the Martinselkonen wilds centre.

Thanks Marta, they are very cute!