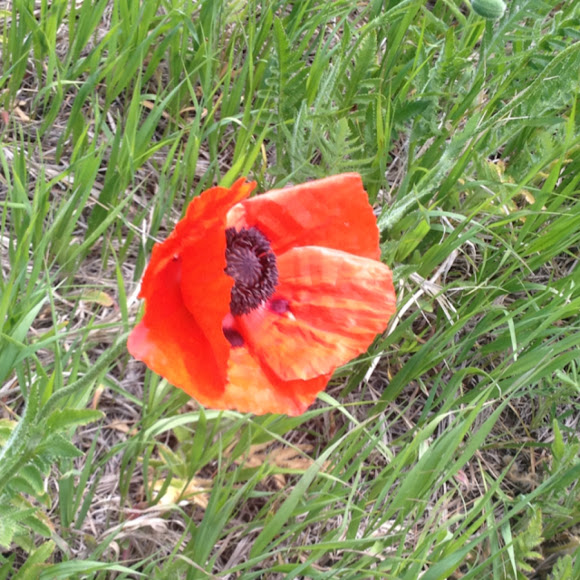 Poppy flowers have 4 to 6 petals, many stamens forming a conspicuous whorl in the center of the flower and an ovary consisting of from 2 to many fused carpels. Poppies can grow to be over 4 feet tall, and 6 inches across. (Simon, Chadwick, and Craker 1984) The petals are showy, may be of almost any color and some have markings. The petals are crumpled in the bud and as blooming finishes, the petals often lie flat before falling away. The poppy will become dormant after blooming. Poppies are in full bloom late spring to early summer.

I discovered this specific poppy in a foothills field at Horsetooth Mountain Park, Fort Collins, Colorado. Two more poppies were nearby.

The Poppy is an angiosperm or flowering plant of the family Papaveraceae. Ornamental poppies are grown for their colorful flowers; some varieties of poppy are used as food, whilst other varieties produce the powerful medicinal alkaloid opium which has been used since ancient times to create analgesic and narcotic medicinal and recreational drugs.