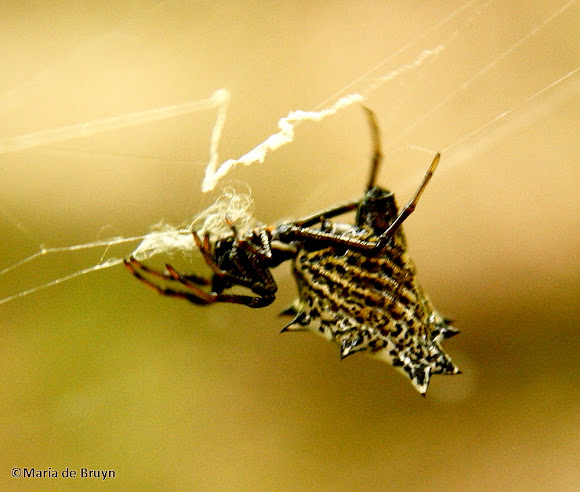 Females, the only sex to build webs, are 8-10 mm long. Their white or tan bulbous abdomen has 10 spines. Males are around only half the size of the females, have fewer spines, a flatter abdomen, and a slightly lighter tone. Although males can produce silk, they mostly use it in the mating ritual, which frequently also proves fatal.

Having such a large appendage to lug around doesn't seem so great. I first thought this spider had captured something for a meal and only later realized it was part of its body.

Thanks, Rieko and Gilma. I am only this year discovering that my own yard has some "exotic" looking spiders; I didn't know this one comes in different colors.

Nice spotting!! I have seen them in white, black, orange and yellow, I have never seen one with those color, thank for sharing, Maria dB.