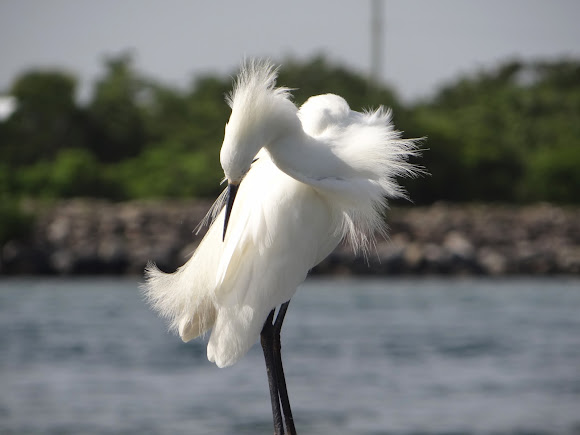 Medium-sized, totally white egret with a long slender black bill with yellow lores. The eyes are yellow and legs are black while feet are bright yellow. The head, neck and back have long, lacy plumes during breeding season.

At the end of the nineteenth century, the beautiful plumes of the Snowy Egret were in great demand by market hunters as decorations for women's hats. In 1886, plumes were valued at $32 per ounce, which was twice the price of gold at the time. They were hunted nearly to extinction before laws were passed to protect them.