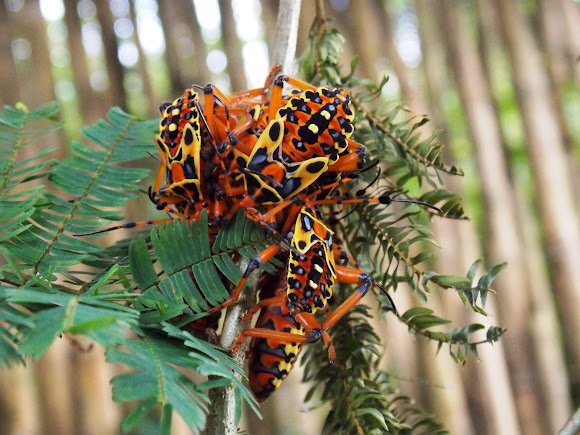 Thasus is an insect genus of the Coreidae, or leaf-footed bugs.It is a genus in the New World Nematopodini tribe that feeds on plants.It is chiefly found in Central America, but species also occur in South America, and as far north as the American Southwest