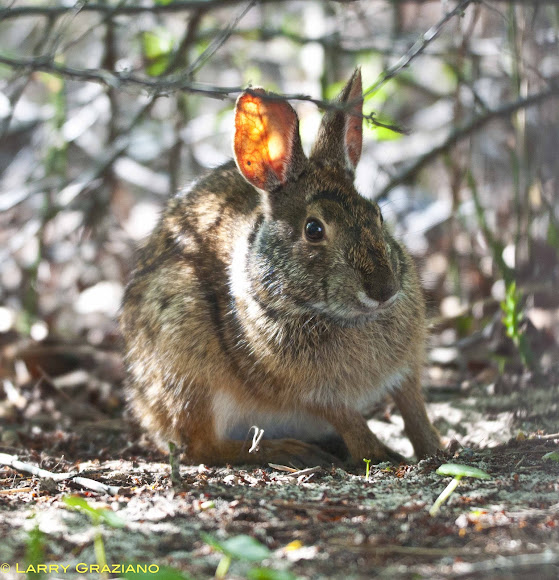 The cute marsh rabbit is a small cottontail rabbit found in marshes and swamps of coastal regions of the Eastern and Southern United States. It is a strong swimmer and found only near regions of water. It is similar in appearance to the eastern cottontail but is characterized by smaller ears, legs, and tail.

The marsh rabbit commonly inhabits brackish and freshwater marshes, mainly of cattails and cypress. In southern Florida, they commonly occupy sandy islands and mangrove swamps. They are strictly limited to regions with ready access to water, unlike most rabbits.Often, they will enter tidal marshes, but remain near high ground for protection. Normal hiding spots include dense thickets of magnolia, black-gum, sweet-gum, briers, and cattails.

This was sighted at the beach feeding on some grasses.

Hi Larry,if you have time,could you go thru my rabbit spots to see if any of them are marsh rabbits?