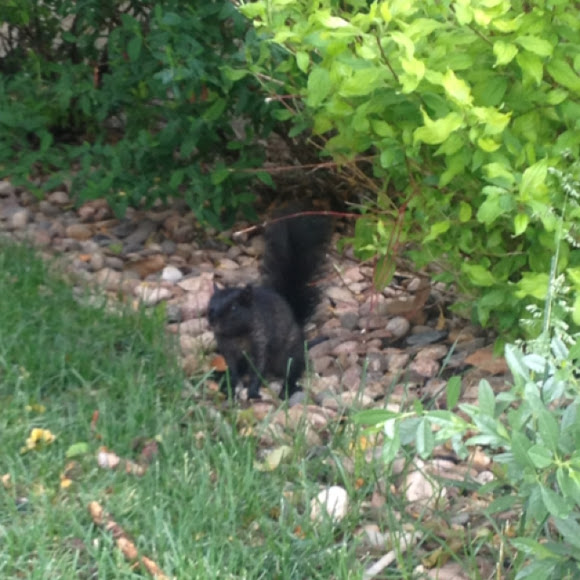 This squirrel was just outside the entrance of a school in bushes. He allowed me to get within 6ft of him. After about one minute he ran up a nearby tree.