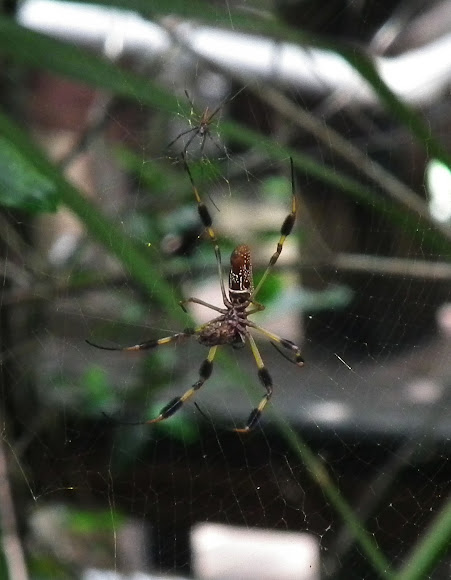 There is a pair in this picture, the female is the large spider, and the male can be seen up to the left. The male will enter a female's web for mating. Copulation had already occurred here as the female has an egg sac by her mouth parts (I did see her move away from it, definitely an egg sac!). The web was very big, as you might expect. Venomous, but not really all that harmful to humans.

I found this beautiful web and pair of spiders at Wekiwa Springs in Florida.

I was unable to get up close because we were on a raised boardwalk, and the web was in the trees.