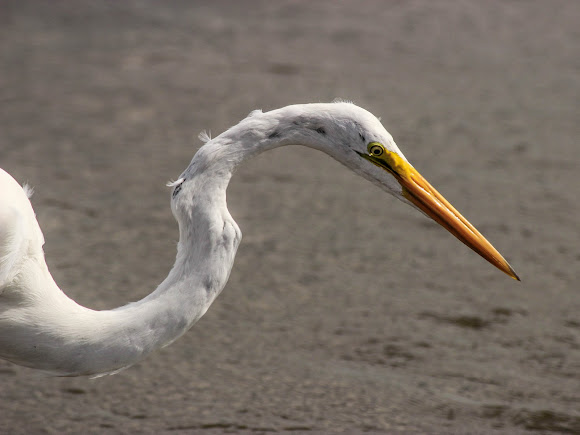 A Great Egret feeding at Prime Hook National Wildlife Refuge. They like to sit near outflowing drainage pipes which allow water under a road which separates two large tidal marshes. As the fish are pushed through during incoming and outgoing tides the birds capture them with ease.

Large inland tidal marsh near the coast of the Delaware Bay.

A Snowy Egret was feeding along side of this Great Egret, but kept its distance.